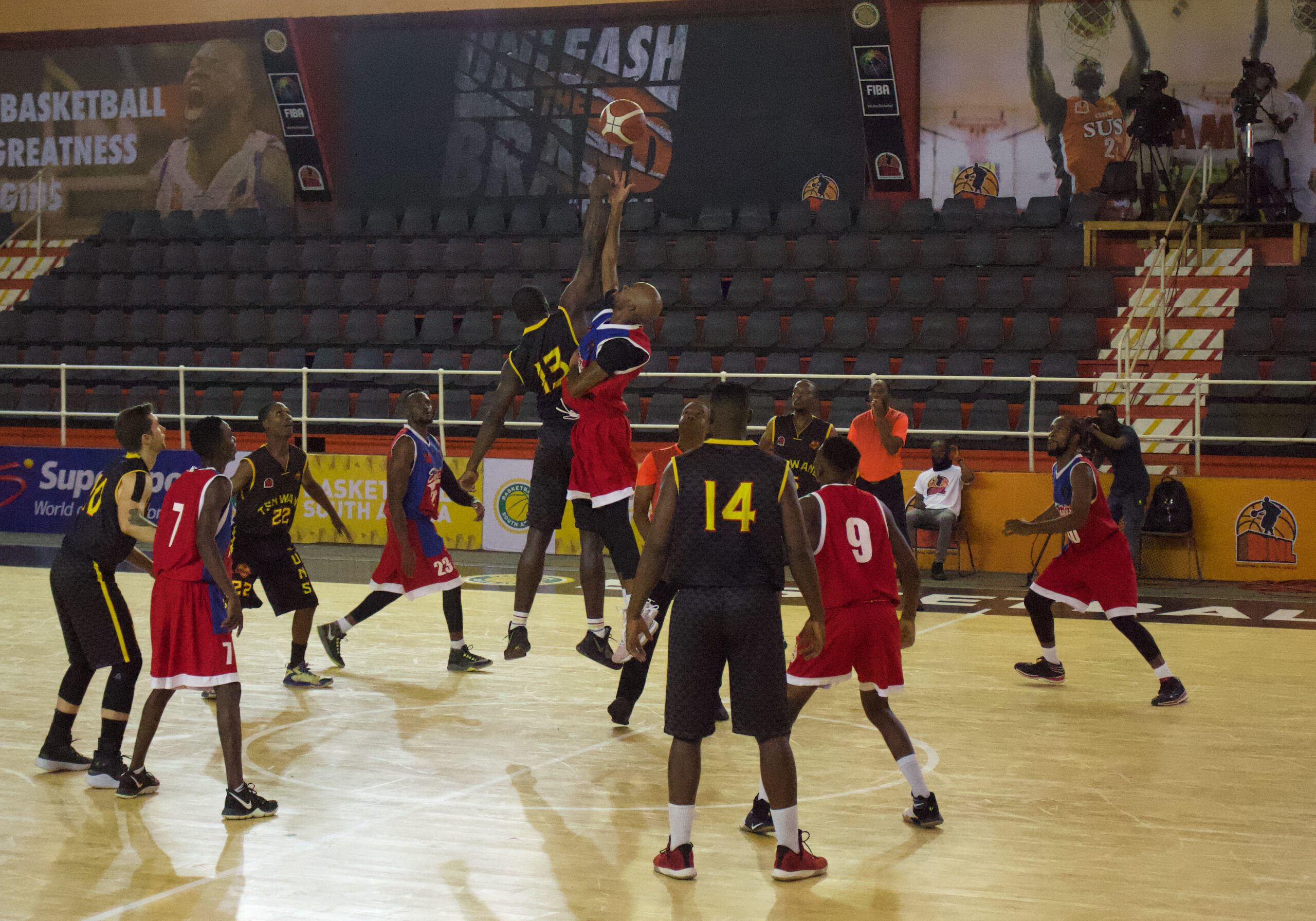 Week two of the 2020/2021 Basketball National League brought even more excitement with more teams suiting up for the first time this season. There were mouth-watering match-ups involving the Tshwane Suns Women’s Team going against debutants Egoli Magic Women’s Team while their men counterpart hosted the North West Eagles in their first round series.

The two-match series between the North West Eagles and the Tshwane Suns had garnered some debates on social media about who was going to win it with some pundits predicting a sweep by the Eagles, words of these predictions apparently reached the men from the north of Gauteng who came out of the gates blazing with enormous heat in the first quarter of the first match of the series played on Saturday, 12 December 2020 at Wembley Arena, Johannesburg. The Eagles withstood all the surging heat from the Suns and kept them close until the end of the 1st stanza with a score of 21-18.

The Suns however increased their intensity in the 2nd quarter and held the Eagles to just 10 points and by halftime, they had opened a 40-28 points lead. The 3rd quarter was no different for the Eagles who once again produced a measly 10 points while the Suns manufactured 26 points of their own during that stretch. The Eagles however mustered great effort in the last quarter to close the game with a 82-54 final score. Tshwane Suns’ enterprising forward, Marcus Mokwena’s illustrious 21 points and 12 rebounds performance earned him the MVP vote for this encounter.

This match-up, played on Sunday, 13 December 2020 at Wembley Indoor Arena, Johannesburg was the one that everyone was talking about and looking forward to seeing!

Reports were that the darlings of Johannesburg were stacked from the front court to the back court and having already seen the Tshwane Suns play against the Soweto Panthers, we knew exactly what the Suns were bringing.

The game began with the Suns building on the momentum of their previous game and opening a 7-0 run, but the Egoli ladies fought back with a run of their own and overtook them to end the opening period 13-7. Josifina Gomez sparked the ladies from the Capital City with great shooting from the 3-point line and with support from teammates Pumla Sathula and Enathi Petse, the Suns rally back and took a 21-29 points lead into the halftime break. The 3rd quarter was all about Egoli Magic who limited the Suns to just 5 points while scoring a whopping 21 points, the score at the end of 3rd was 42-33. Despite the push by Tshwane Suns in the last quarter; Emma Makoni, Priscilla Dlamini and Olwethu Vacu and the Egoli Magic ladies did not let up, the Magicians went on to win it with a final score of 57-44. Emma Makoni who was voted the game’s MVP finished with 15 points from 6 of 9 shooting from the field. Priscilla Dlamini also poured in 12 points and 3 assists to cap off a stellar performance for the team. Josefina Gomez scored 16 points while Pumla Sathula added a double-double effort with 10 points and 12 rebounds for the Suns.

Please click on the following links to view the post match reactions from both Emma Makoni of Egoli Magic Women's Team and the two Head Coaches.

The return leg of the series, which was played on Sunday 13 December 2020 at Wembley Indoor Arena, Johannesburg saw the North West Eagles appearing to have made adjustments in both their transition offence and defence. However, the Suns responded with some adjustments of their own.

Following a great start by the Eagles which seemed to have yielded some positive results, the Suns quickly deployed a full court pressure defence which threw the Eagles off balance and forced costly turnovers. The twin-towers of Somusa Mthembu and Emmanuel Shine capitalized on these turnovers by the Eagles to reward themselves with some thundering dunks that appeared to drain the energy out of the Eagles. Glory Kabange’s 16 points effort was not enough to compete with the balanced scoring of the Tshwane Suns with Emmanuel Shine’s MVP performance of 20 points and 8 rebounds;  Somusa Mthembu adding 16 points, 8 rebounds and 6 blocks in 16 minutes, while Kagiso Ngoetjana and Ludwig Gerdes contributed 13 points, 8 rebounds, 3 assists and 13 points, 3 rebounds respectively to secure a 39-94 points victory for the 3 times champions and last year’s finalists.

These great games capped off yet another weekend of exciting Basketball National League action as the league takes a break ahead of the Christmas holidays.