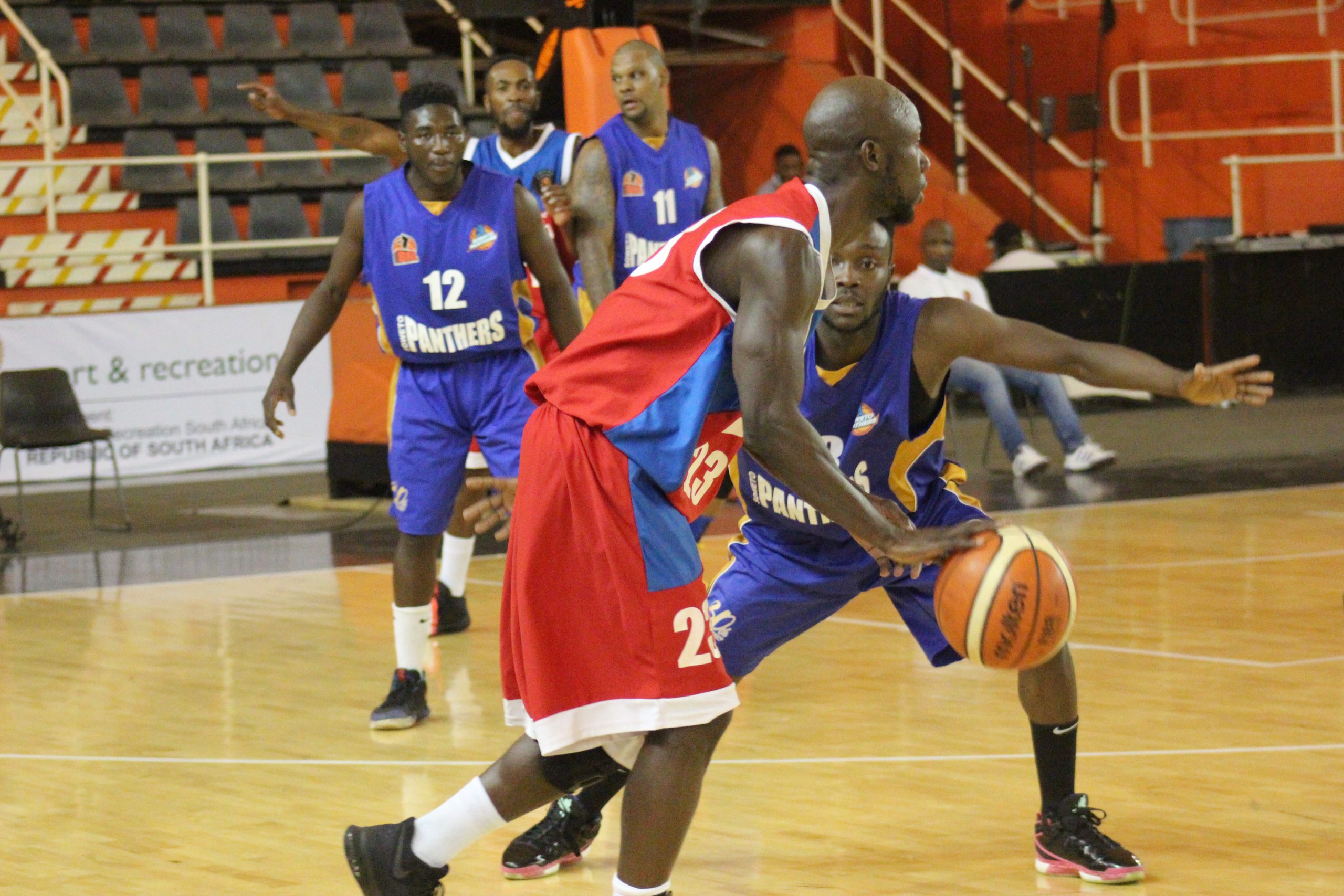 Sunday
THE PANTHERS AND RHINOS COMPLETE WEEKEND WITH VALUABLE WINS
The first weekend of the Basketball National League (BNL) top 8 playoffs concluded on Sunday afternoon at the Wembley indoor arena in Johannesburg. There were a total of 8 games played from Friday evening right until Sunday afternoon. The weekends’ action drew to a close with two games being played, firstly between the Soweto Panthers and the North West Eagles, with Limpopo Pride looking to register their first win in the tournament so far against the Mpumalanga Rhinos.  With the championship now in its crucial stages, each game is as important as the next, as teams look to at least make the top 2 positions in each of the two pools, in order to book themselves a spot in the semifinals stage that will be played over the weekend of the 27th of October in weekend 9 of the BNL championships. The finals day will then take place on the following day.

Game 32 of BNL pitted one of the tournament’s favorites, the Soweto Panthers against the North West Eagles. In a poll run on the Basketball National Leagues twitter page, the games underdogs which are the Eagles were voted as being capable of causing an upset against the high flying Panthers. This talk prior to the game, however, did not affect the Panthers as they kept to their winning ways, securing an 82-50 win over their counterparts.  The second and last game of the day concluded with the two bottom sides of the log phase of the tournament, where the Mpumalanga Rhinos went in search of a famous win over their rivals from the Limpopo province, the Limpopo Pride. Pride was still yet to register a win in this year’s tournament, whilst the Rhinos had already managed to pick up two crucial wins over the Tshwane Suns in a shock defeat for the Suns. In the game, however, Pride looked set to claim their first ‘W’ of the campaign, leading at the conclusion of the first three quarters albeit by a small margin. Just a minute into the fourth and final quarter, Pride committed a foul, which granted the Rhinos free throws that L. Manda converted with ease to give his side the lead. After that, there was no turning back as the Rhinos maintained their lead, with Pride playing catch up. In the end, as the buzzer sounded to signal the conclusion of the game, the Rhinos were enjoying an unassailable 76-63 lead, which saw them secure the win and end their weekend in Johannesburg with something to build on for the following weekend. The top 8 playoffs continue this weekend (28th to the 30th of September) with 8 more exciting games. On Friday evening the action resumes at 6.30 pm with KwaZulu Marlins taking on Limpopo Pride, and the days play is concluded with a matchup between the Western Cape Mountaineers and the North West Eagles at 8.30 pm. Saturday encounters begin at 11 am with EGoli Magic entertaining the Western Cape Mountaineers, the Tshwane Suns come up against the KwaZulu Marlins at 1 pm, before the North West Eagles take on the Soweto Panthers at 3 pm. The days play will then be closed off with a battle between Limpopo Pride and the Mpumalanga Rhinos at 5 pm. Sunday afternoon features two games, with the first getting underway at 12 pm between Egoli Magic and the Soweto Panthers, the last will then see the Tshwane Suns look to make it another win over the Mpumalanga Rhinos. All eight mouthwatering games throughout the weekend will be played at the Wembley indoor arena in Johannesburg.